Prabhas is a renowned actor in Tollywood. He has established himself as one of the most leading actors in Tollywood. He works in Telugu, Hindi and Tamil films. He made his acting debut with the Telugu film Eeswar in 2002. He has won several awards for his work in his movies. He has a huge fan following who shower their love on him. He got fame with his highest-grossing film Baahubali series. He became famous all over the world.

Prabhas is very simple in his outfits, but he looks handsome in all his outfits and slays every outfit with his killer looks. He has become a favorite of his fans. The actor has a great collection of suits, and he looks dashing. He was seen wearing a blue suit and was looking stunning, and we just can’t take our eyes off him. He was looking dapper in his black suit with a white waistcoat. He wore a white high neck t-shirt and grey checkered suit and was looking superb in that outfit. He was looking classy in his shining blue suit. He wore a blue-lined suit for a magazine cover page, and he was looking hot in that suit.

Must read: These On-Screen Powerful Roles Played By Prabhas

Check out some stunning pictures of Tollywood actor Prabhas and stay tuned to IWMbuzz.com. 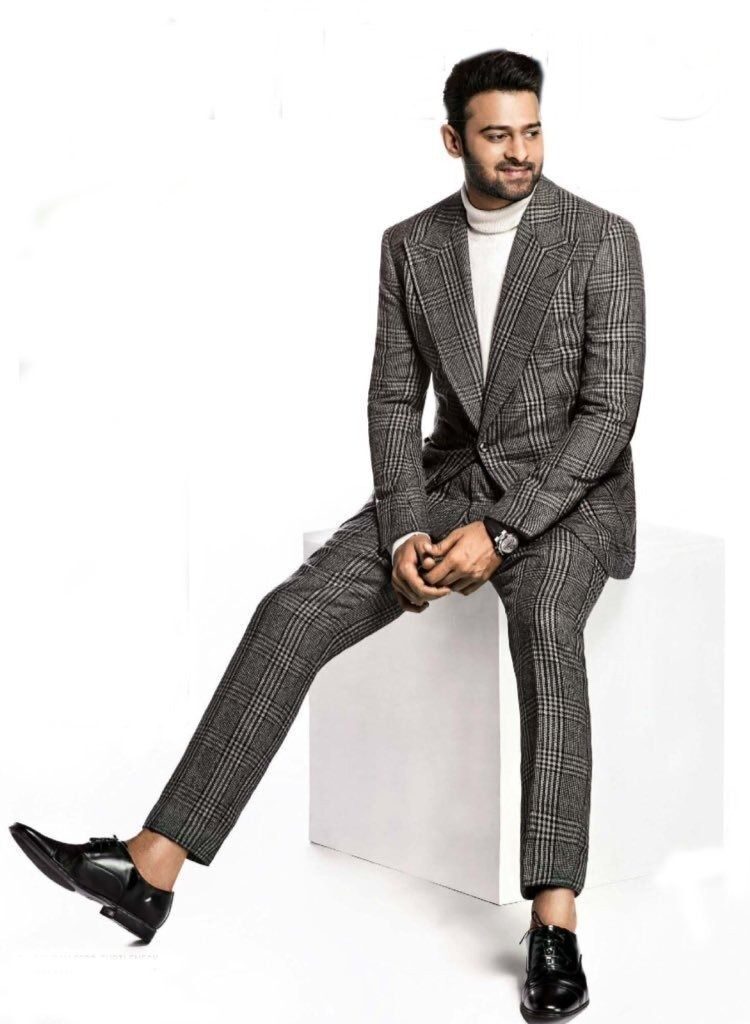