Take a look at the lehenga looks of Aditi Rao Hydari

Aditi Rao Hydari is an alluring actress who works in Hindi, Tamil, Telugu, and Malayalam films. The actress is also a great singer and a dancer. She has become a popular actress in the South Indian film industry. She is known for her amazing roles and has won several awards in her work in the industry. The actress looks gorgeous and gives us major beautiful outfit goals. The lehenga looks of the actress are beautiful and she just looks mind-blowing in ethnic outfits.

Check out some lehenga looks of the actress Aditi Rao Hydari and stay tuned to IWMBuzz.com. 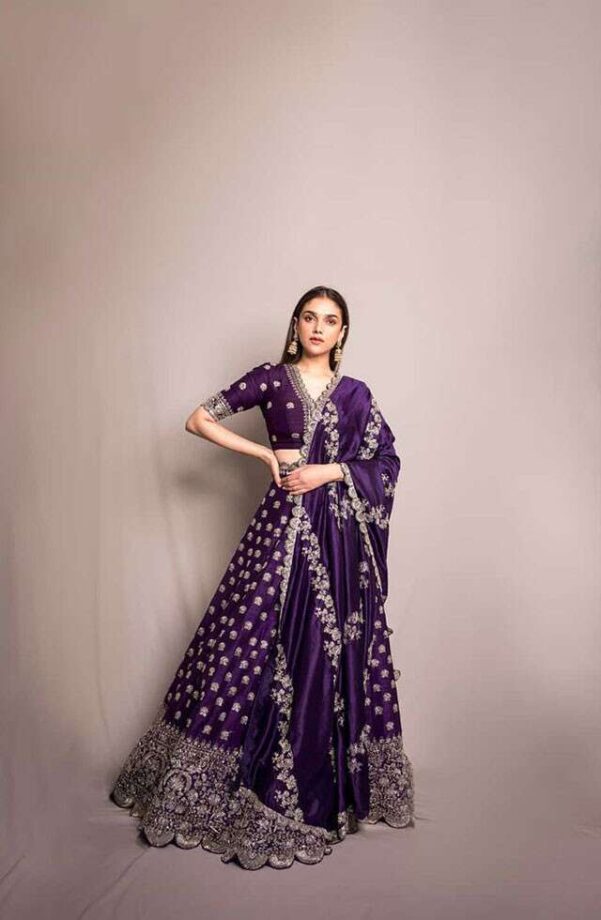 Glimmer In Golden: Tamannaah Bhatia Looks Gorgeous From Head To Toe In Golden Saree With Border

When Elegance Meets Perfection: Shraddha Kapoor In Anita Dongre’s He...

From Kiara Advani to Sara Ali Khan & Shraddha Kapoor: Check out the mo...