The best performances of Sonam Sonam Kapoor has always stunned us with her amazing acting in all her movies. She has achieved millions of fans. She is one of the most entertaining actresses in the industry.

The best performances of Sonam are-

I Hate Luv Storys is a romantic comedy film. It stars Sonam Kapoor and Imran Khan in lead roles. Sonam Kapoor played the role of Simran. Veere Di Wedding is a buddy comedy film. It stars Kareena Kapoor, Sonam Kapoor, Swara Bhaskar, and Shikha Talsania in lead roles. Sonam played the role of Avni Sharma. The true bond of friendship is shown in this movie. And the four friends face ups and downs in their life. Saawariya is also a romantic film. Sonam played the role of Sakina Ibrahim. It is a 2007 film. The love story of Sakina(Sonam) and Raj (Ranbir Kapoor) is portrayed in this film. Aisha is a romantic comedy-drama film. Sonam is playing the role of Aisha Kapoor who is a rich upper-class woman. 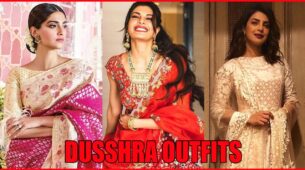