Priyanka Chopra and American singer Nick Jonas are popular Bollywood couple. The duo tied the knot in December 2018 at the Umaid Bhawan Palace, Jodhpur. They are giving us major relationship goals.

Despite Priyanka’s hectic schedule, she has managed to squeeze in plenty of downtime with family and friends. From the MET Gala to Cannes, from New Delhi to New York, she has travelled to be with her closed ones.

Previously, Nick shared an adorable picture on social media, wherein he is seen kissing his wife Priyanka in the presence of his close friend actor Glen Powell from their vacation. It was New York for the anniversary, where Priyanka sprang this little furry surprise on Nick.

Earlier, Nick and Priyanka were also spotted at a basketball match in Los Angeles together and then photos of Priyanka and Nick chilling at a yacht party went crazy viral and sent the Internet into some sort of a meltdown.

We bring you some of Nick and Priyanka’s travel pictures 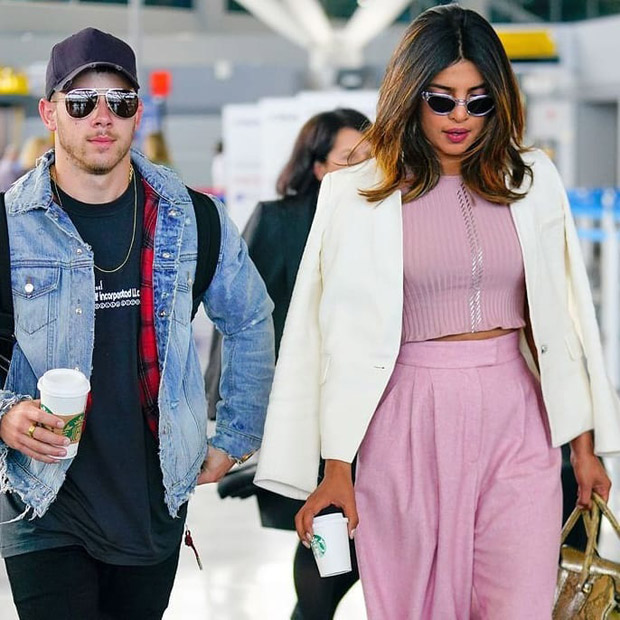 Most Expensive Wedding Necklace Of B-Town Divas: From Bipasha Basu To Anushka Sharma

Times When Aishwarya Rai Bachchan Was Being Rude To The Paparazzi

Shah Rukh Khan Revealed His Reaction On Getting To Know About Suhana K...

Ahead Of Streaming, We Tell You 5 Things That You Are Sure To Enjoy...

Covid Compassion: Has Salman Khan Lowered The Price Of Radhe?

Review Of Radhe: Is Strictly For The Salmaniacs

Don't do something a girl can't do - Shah Rukh Khan on why son Aryan K...