IWMBuzz reveals to you the birthday plans of Aamir Khan. Read the details here Superstar Aamir Khan has been constantly backed up with shooting schedules for his upcoming movie Laal Singh Chaddha.

Every year, Aamir khan celebrates his birthday with a cake-cutting ceremony with fans and media below his house but this time around, the actor has flown off to Amritsar to shoot for the next leg of Laal Singh Chaddha.

The movie will see a Christmas release later this year and the team is leaving no stones unturned to deliver the best product to the viewers. Laal Singh Chaddha has been the talk of the tinsel town ever since it was announced and is the official remake of the Hollywood Classic ’Forrest Gump’.

Earlier, on the occasion of Valentine’s Day, Aamir released the first look of co-star Kareena Kapoor from the movie. The movie will also be shot in 100 different locations across India.

Written by Atul Kulkarni, the film is helmed by Advait Chandan and will be produced by Viacom18 Studios and Aamir Khan Productions. The movie is slated to hit the theatres during Christmas 2020, next year. 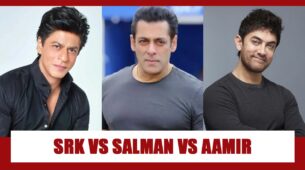