Disha Patani reveals no one has ever proposed her till date. Read the story for more details

The Bollywood star is all set to make some stunning revelations on Zee TV’s Pro Music Countdown ~
With Bollywood and music being nothing short of religions in India, Zee TV brings viewers the best of both worlds with its blockbuster weekend primetime offering. The channel’s first-of-its-kind music countdown show called ‘Pro Music Countdown’ is hosted by one of India’s finest RJs, social media influencer and YouTube sensation – Siddharth Kanan. The show presents superhit songs in a never-seen-before chat show format with the hottest Bollywood celebrities getting up close and personal bout their career, romance and everything that’s brewing in B-town!

In the upcoming episode of the show featuring Bollywood actress Disha Patani, audience will get a sneak peek into the life of the popular star. From times of struggle and rejection to becoming the lead actress in movies like Baaghi 2 and Malang, the actress got up close and personal and spilled the beans about her journey, her childhood, her upcoming projects and much more. In fact, in one segment of the show where people send in their questions for their favorite stars, Patani was asked about the number of times she has been proposed to till date. That’s when Disha dropped a bomb and revealed how no one has ever come up to her and proposed.

“Actually, no one has really proposed me till date. I was a tomboy in school and my father was a policeman, so all the boys might have been scared to come up to me and ask me out.” She further revealed that even after coming to Mumbai and entering Bollywood, she hasn’t had a happening life. She added that she doesn’t go out for parties and so, she doesn’t meet enough people who could possibly fall in love with her. But even though no one has proposed to her yet, she is hopeful that someone will pop the question someday. 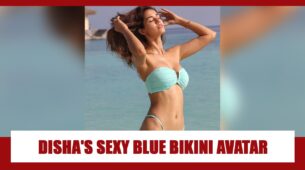 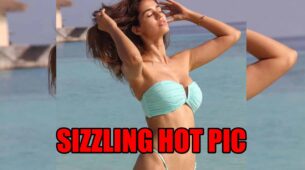