Pati Patni aur Woh is a winner for these reasons that we have put up here. Do you agree or not? Take your view here. 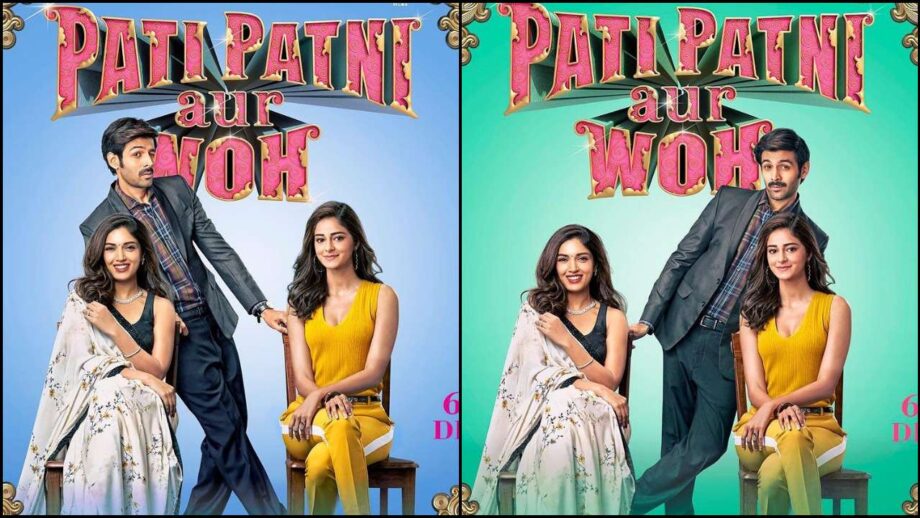 1.Because everyone loved the naughty philandering husband which the late (and great) Sanjeev Kumar played in the original Pati Patni Aur Who (PPAW) in 1978. Sanjeev was such a chameleon that he could make the husband look like an innocent victim even while he brazenly cheated on his wife.

2.Because the cheating husband is now played by Kartik Aryan who has in the last one year grown two things: a stubble and a fan-base. Don’t know about the stubble, but everyone from age 3 to 83 like Kartik. I really don’t know anyone who doesn’t have a soft corner for Kartik though some of his older women fans who would love to feed him, crib that he is too scrawny. But lean is cool, right?

3.Kartik, has already delivered a hit this year with Lukka Chuppi and his co-star Bhumi Pednekar had a success earlier this year with Saand Ki Aankh. As for the ‘Woh’ Ananya Pandey is the star without a hit, thanks to the dynamics of the digital era. Director Mudassar Aziz, this talented scenographer is the master of soufflé satires. He delivers stinging hometruths without launching into sermons.

4.Because 2019 is the year of refined intelligent sex comedies: Bala and De De Pyar De were mischievous and sexy without getting vulgar. PPAW will complete the hat trick.

5.Because the first Pati Patni Aur Woh was superhit. It remains to be seen if the new one can keep up to the mark. While Chopra’s big-budget films like Waqt and Nikaah were blockbusters for their lavishness, Pati Patni Aur Woh spent a meager amount on the actors and production values.The new PPAW has spent a lot more on production. But every husband who has ever thought of cheating on his wife and every wife who has ever suspected her husband of cheating on her, wants to watch what happens to Kartik’s mustachioed middle-class Kanpuri cheating avatar.

Disha Patani vs Ananya Pandey vs Kriti Sanon: Who Would Make the Better Girlfriend?

Badhaai Do: Get set for the sequel of 'Badhaai Ho' with Rajkummar Rao and Bhumi Pednekar