Alia Bhatt and Sonam Kapoor are the most famous and popular actresses in Bollywood. Alia Bhatt looks cutest, and she is also known as the cutie pie of Bollywood. On the other hand, there is Sonam Kapoor, who is famous for her fashion. She is the style icon of Bollywood. Both the actresses have a huge fan following and are successful in their respective careers. Sonam is the most fashionable actress in Bollywood, and she is followed for her different and unique designed outfits.

Must read: Tara Sutaria, Kareena Kapoor And Alia Bhatt’s Ethnic Outfits Are Perfect For The Sister Of The Bride!

Who looks better in rainbow-colored outfits – Alia Bhatt Or Sonam Kapoor? Do let us know and stay tuned to Iwmbuzz.com. Deepika Padukone VS Jacqueline Fernandez: Who is The Real Style Queen? 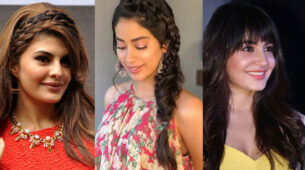