Who looks better in Anita Dongre outfit between Anushka Sharma and Kareena Kapoor? 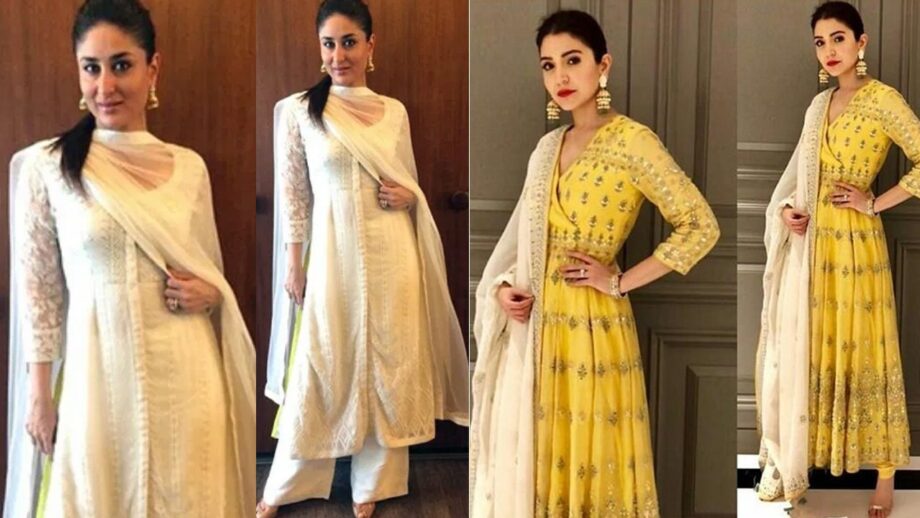 What’s common between Anushka Sharma and Kareena Kapoor at the moment apart from the fact that both are currently expecting and are set to be a mother? The fact that they are timeless beauties who can literally rock and slay in every outfit they wear.

They are a designer’s dream as they certainly know how to carry forward the vision of the design forward through their finesse and elegance and talking about designer, their favourite designer seems to be Anita Dongre and they both seem to be in love with her traditional creations.

While Kareena has been donning Anita’s outfits since early 2000’s, Anushka has been Anita’s go-to actress as well for the last few years. Both of them look visually stunning and appealing in Anita’s anarkali designs but readers, if you had to pick your favourite between the two, whom would you pick and why?

Also Read: OMG: Did Kareena Kapoor really have a crush on Salman Khan? Know the truth