Know how rich Bharat Thakur, husband of Bhumika Chawla is. Bhumika Chawla is a famous actress and a model. She works in Telugu, Hindi, Tamil, Malayalam, Kannada, Punjabi, and Bhojpuri films. She made her debut with Telugu film Yuvakudu in 2000. The actress has appeared in several films and has given superhit roles. She got married to Bharat Thakur in 2007, and they have a son. The couple was in a relationship before their marriage, and they look fabulous together.

Bharat Thakur is a Yoga teacher who conducts several workshops and yoga sessions. He is the founder of Artistic Yoga. The net worth of Bharat Thakur is estimated at around $ 400,000, as per media reports. He has studied yoga in detail, and several celebrities practice his brand of yoga. He also teaches artistic yoga in various states and countries. He is popular all over the world. He also earns a lot of money and has become famous. He has done his post-graduation in Exercise Physiology and Yoga from the Lakshmibai National College of Physical Education Gwalior, India. Bharat Thakur earns a lot from his Yoga sessions and lives happily with his family. 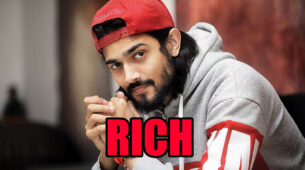 All we know about Kalki Koechlin starrer series Bhram