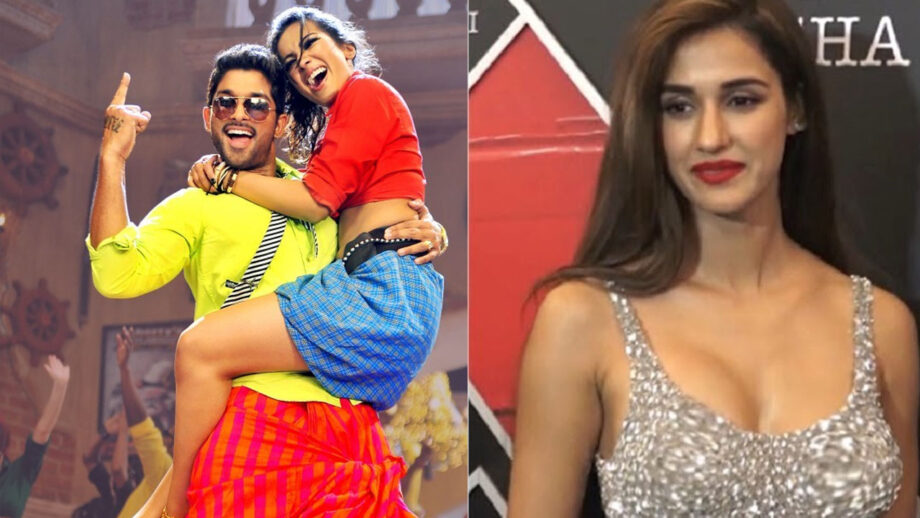 Disha Patani is known for giving us major fashion and fitness goals. The M.S Dhoni: The Untold Story girl burst onto the scene with the Dhoni biopic and the very next moment, was slaying it like the ideal ‘Indian woman’, rocking it in a yellow saree in ‘Slow Motion’ from Bharat. And then her hot fitness inspiring photos in her Calvin Klein avatar grabbed eyeballs everywhere. She raised the oomph quotient beautifully with her effervescent presence in Malang and her hot bikini-clad raised many eyeballs certainly.

But did you guys know Disha Patani happens to be a big fan of south superstar Allu Arjun? Well, not many know this but Disha is absolutely crazy for Allu and in an interview earlier, she had even revealed that she wants to dance with Allu Arjun in the famous ‘topless’ song. Wondering when she said the same? Check out the video below –

So guys, do you want to see Disha dancing with Allu in the famous ‘Topless’ song? Let us know your views in the comments below. For more updates, stay tuned to IWMBuzz.com.

Allu Arjun is in TEARS: Find out why