The new upcoming film of Anushka Shetty and Kamal Haasan Vettaiyaadu Vilaiyaadu is a 2006 Tamil film which is directed by Gautham Menon. Kamal Haasan was playing the lead role. The film became a blockbuster at the box office. Recently, we came to know that Kamal is reuniting with Gautham Menon for Vettaiyaadu Vilaiyaadu 2 and the lead actress will be none other than the Lady Superstar of south Anushka Shetty. The film will be produced by Ishari K Ganesh’s Vels Film.

This is the first movie of Kamal and Anushka together. Anushka has worked with the director Gautham and now again they are going to work for their new film. Masses are excited to watch the film and the actors together. Anushka is also excited to work with Kamal. The makers of this film are expecting that this movie should also become superhit as the other one as the earlier movie received a great response from the audience.

Are you excited to watch Vettaiyaadu Vilaiyaadu 2? Do let us know and stay tuned to IWMbuzz.com 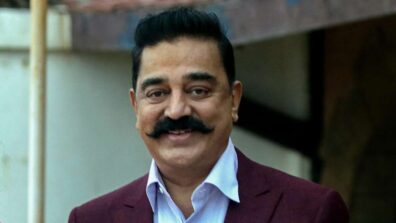 Birthday Special: Kamal Haasan drops teaser of his next Vikram