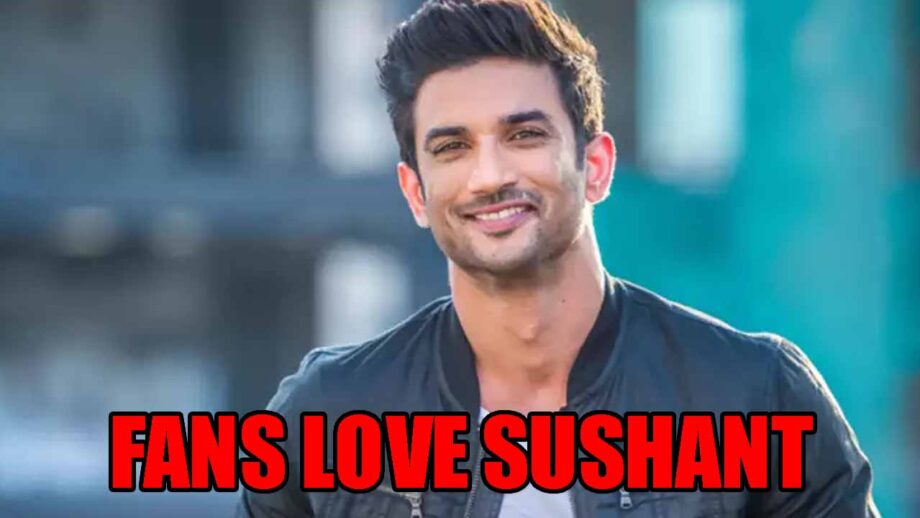 Sushant Singh Rajput fans are still finding it difficult to come to terms with the actor’s untimely demise. Sushant died by suicide on June 14, 2020, after he was found dead at his Bandra residence, and soon after, Bollywood stars, political personalities and sports stars, everyone took to social media to mourn the death of the actor. His fans too are mourning his death.

Recently, Sushant’s fans in Indonesia paid tribute to the Kedarnath actor by playing a song from his film MS Dhoni: The Untold Story, on a giant screen in a park.

Also, Sritam Banerjee, an artist from Kolkata, sketched several portraits of Sushant. In his latest ode to Sushant, he has painted the late actor with his beloved pet Fudge. He beautifully created a portrait of Sushant extending his hands to his dog fudge, a black Labrador sitting quietly in front. The picture speaks volumes about the pet missing Sushant after not finding him around the house anymore.

The actor was loved by millions of fans for his on-screen and off-screen personality. It’s needless to say that the actor will always be cherished by all for his prolific work and charming personality.

Sushant became a star after featuring in Balaji Telefilms’ popular daily show Pavitra Rishta. His impressive filmography included hits as well as critically acclaimed films like MS Dhoni: The Untold Story, Kedarnath, Chhichhore and Sonchiriya among others. His last project was the 2019 Netflix film Drive.