Kartik Aaryan is unarguably the Prince of hearts Kartik Aaryan is one actor who always acknowledges his fans in public and on social media. With the current state of lockdown in our country, the actor is missing his fans extremely but he makes sure he gets the much-needed love and affection virtually. Today the actor looks mighty impressed by an illustration made by a fan of him.

In the illustration, Kartik Aaryan is seen in his side profile and added vibrant colours to it. But what is special about the picture is the fact that a crown is attached to the picture which is almost left flying above his head. Kartik Aaryan soon reposted the click and captioned it saying, ‘Even The Crown can’t mess with The Hair.’ Now that’s one hilarious caption to it. The heartthrob seems completely smitten by the picture, as he even made it his profile picture on Instagram.

It’s a known fact that Kartik Aaryan’s signature messy-hairstyle has its separate fan base. There is a popular hashtag as well on social media called, #HairLikeKartikAaryan, created by his fans. The actor takes pride in his hair which becomes the talk of the town often and has given a witty caption to the post where the fan is calling him the new Prince in tinsel town. Well rightly so, Kartik Aaryan is unarguably the Prince of hearts and his recent acts in the wake of Coronavirus has further proved the fact. Right from his #CoronaStopKaroNa internet-breaking monologue to him contributing Rs 1 crore to the PM CARES Relief Funds, the hunk has made big moves to fight the pandemic and do his bit. There’s a reason why he’s called the national crush and he’s proved it time and again to us. 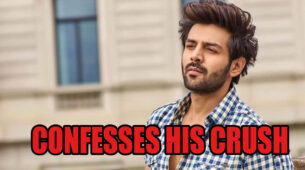