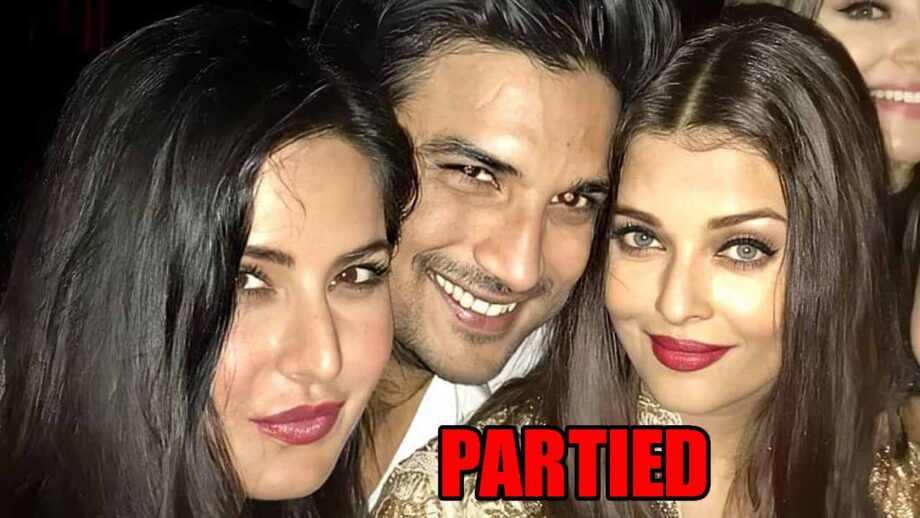 The country was in a state of shock when the news about Sushant Singh Rajput’s demise broke out. As per the Mumbai Police, the actor hanged himself at his Bandra residence. He had shown symptoms of clinical depression and was consulting a psychiatrist. The police said it was through the statements of his closed ones that they learnt that Sushant was depressed and had sought counselling. He, however, was not taking any medication.

In a career spanning over a decade, Sushant also became a part of hit projects like Detective Byomkesh Bakshy, Kedarnath, Sonchiriya and Chhichhore among more. His portrayal of former Indian cricket captain MS Dhoni in the biopic M.S. Dhoni: The Untold Story remained one of the highlights of his career.

Also Read: No One Killed Sushant Sushant Singh Rajput… He Was Not A Jobless Victim Of Nepotism

We came across a throwback picture from Manish Malhotra’s grand birthday celebrations. Manish Malhotra’s birthday bash brought the who’s who of the film industry together under one roof. In the picture Katrina Kaif and Aishwarya Rai Bachchan even posed for a cozy click with Sushant Singh Rajput, Madhuri Dixit and Niranjan Iyengar.