You need to choose the artist with the biggest fan following amongst Hailey Baldwin, Lady Gaga and Miley Cyrus. 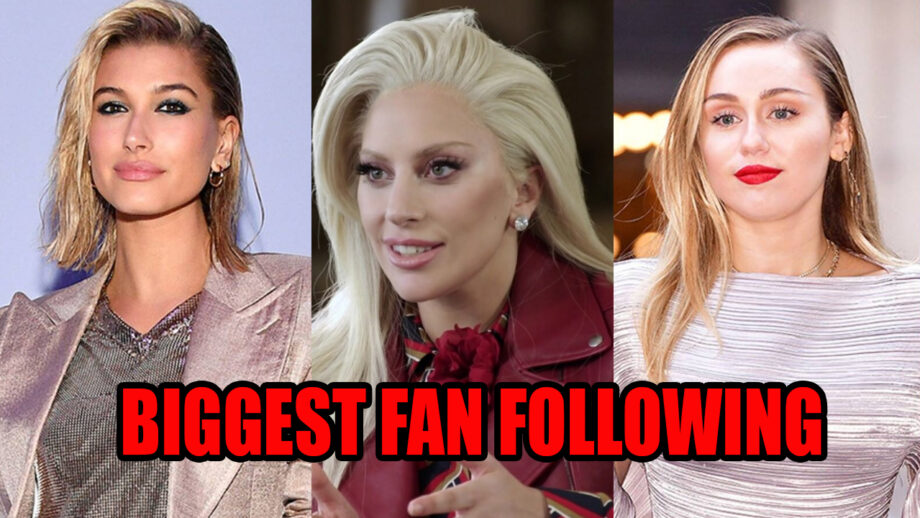 Hollywood artists and their fan following is something that can be written at length. Every actor in the Hollywood space is huge courtesy the stunning performances each one has delivered in public view. Today we talk of the huge popularity and fan following that actors Hailey Bieber, Lady Gaga and Miley Cyrus enjoy!!

So what makes them so very popular with a huge number of fans?

Hailey Baldwin the American model, singer and TV personality is a trained ballet dancer, and a great actress. Her compering is out of the world and has won her laurels. Hailey is a talented model who has endorsed many brands including Ford Models. Her pictures in Vogue made her super popular and her cover photos gave her a place in the elite star list. She has enjoyed immense popularity and there are many reasons for her to be successful.

Lady Gaga the American singer, songwriter and businesswoman are known for her versatility in the field of entertainment. Gaga’s music career has been a success story, wherein she has gone in pursuit of huge goals and she has achieved them. She is one of the top-rated artists at the Billboard. She is actually the world’s best selling music artists and has her huge achievements pinned up at the Guinness World Records.

Miley Cyrus the American singer has a range of songs to her credit and has her own style of pop that is rage. As an actress, she has given creditable performances. Cyrus is immensely popular and has embarked on a successful journey in her career.

Now we ask you, who has the biggest fan following among Hailey Baldwin, Lady Gaga and Miley Cyrus? Here’s how Justin Bieber And Hailey Baldwin spend their holiday!