The chocolate boy of Bollywood is Kartik Aaryan, Tiger Shroff or Ranbir Kapoor. Take your call. 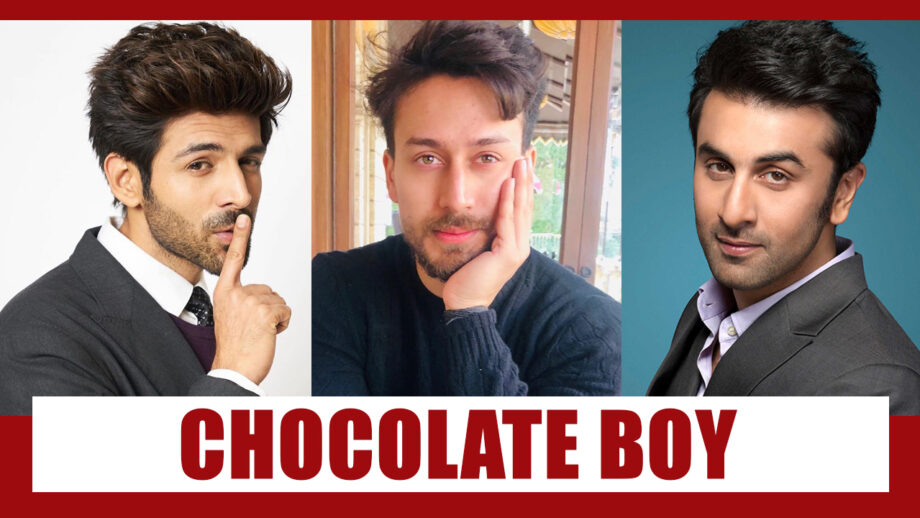 Bollywood has got a new list of hotties and good-looking actors who have set their minds and goals to get to the top of the list.

The young blood is rocking and so is their charisma and charm!!

We talk of three youngsters who have knocked on the doors of Bollywood in the last few years with a bang and have gotten themselves a place of their own!!

Kartik Aaryan with his boy next door look is everyone’s best hero. His work in films Pyaar Ka Punchnaama, Sonu ke Titu Ki Sweety, Luka Chuppi, Pati Patni aur Woh has given him the masses’ appeal. He is known for his good looks and the chocolate boy image.

Tiger Shroff though the master of his own action and stunts is unmatched in this category. His great physique, charming looks make him every girl’s favourite hero. He has impressed one and all with his work in films War, Baaghi and Baaghi 2. He is simply unstoppable when it comes to his screen presence and dashing persona.

Ranbir Kapoor has the best smile probably in the younger lot of heroes today. His work speaks for himself and he has built an image of being a strong actor who is known for his powerful performances. His come-of-age films like Rocket Singh: Salesman of the Year, Ajab Prem Ki Gazab Kahaani, Raajneeti have made him what he is today. His chocolate boy looks put him right on top.

Now, who is the hero with the best chocolate boy look?

Also read, Ranbir Kapoor Vs Ranveer Singh: Who is the most inspiring B-Town actor?