Who is hotter: Keerthy Suresh Or Radhika Madan? Keerthy Suresh is a famous South Indian actress who works in Tamil, Telugu, and Malayalam films. The actress has a great fashion sense, and she has done her career in designing, and her fashion styles are amazing. Most of the time, she is seen wearing ethnic outfits, and rarely she is seen in western outfits. The actress slays both the outfits very well and grabs our attention towards her killer sexy looks. She was seen wearing a white floral dress and was looking hot in that outfit. She also wore a blue and red ethnic outfit and was looking fantastic in that outfit. She was also seen wearing a green top and was looking mind-blowing.

Radhika Madan is an actress, former television personality and a former dance instructor. She made her debut with comedy-drama film Pataakha in 2018. She started her career by acting in the daily show Meri Aashiqui Tum Se Hi. The actress looks damn hot and sexy in all her outfits and has a well-toned figure. She was seen wearing a golden striped dress and was looking hot in that outfit. She was looking fabulous in her printed skirt top. She gives killer expressions and looks fantastic. She was looking sexy in her white fancy top with denim jeans.

Who is hotter: Keerthy Suresh Or Radhika Madan? Do let us know and stay tuned to IWMbuzz.com. 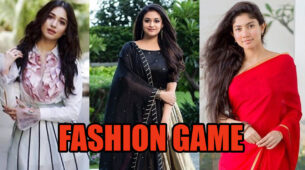 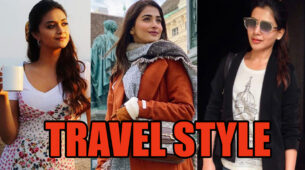