What do you think is KGF 2, overrated? KGF Chapter 2 is the most awaited and upcoming film in the Kannada cinema. The movie is a continuation of KGF chapter 1, which was loved by fans, and they are excited to watch this movie. This film is an action movie, and Prashanth Neel has directed it. The film stars Superstar Yash and Bollywood famous actor Sanjay Dutt. The film is set to release on 23 October 2020. Yash acting in KGF, chapter 1 was loved by fans, and they are expecting the same in this movie.

Fans of the film KGF have given their views on the trailer, and some are negative and some are positive with good points. KGF 2 will be dubbed in other languages such as Hindi, Malayalam, Tamil, and Telugu. The film also features Bollywood diva Raveena Tandon. KGF Chapter 1 became the most successful and popular film in the Kannada cinema. It was the first film to cross several views and achieve a big success in the Kannada film industry. Fans are eagerly waiting to watch this film, and they expect that the film will be the same as chapter 1.

Must read: Sooryavanshi VS KGF 2: Which Is the Most-Awaited Movie?

Is KGF 2, overrated? Do let us know in the comments section below and keep reading IWMbuzz.com for more such updates on your favorite celebs. Behind The Scenes From KGF Movie 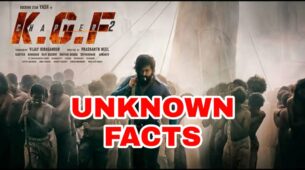