Tara Sutaria is the most talented actress in Bollywood. She came into limelight by acting in a drama film Student Of The Year 2. She is very famous for her acting and dance skills. From a cute kid to the gorgeous actress, she has come a long way in Bollywood. She looks gorgeous and we love her fashion styles. Tara Sutaria has been named as the face for designer Ritu Kumar. She wore a black velvet embroidered dress and boots on it. She was looking hot in that outfit. She also wore a red long dress and she was looking fabulous. She also wore a black gown, which was designed in a very simple way.

Who looks beautiful in Ritu Kumar outfits -Kiara Advani vs Tara Sutaria? Do let us know and stay tuned to IWMbuzz.com 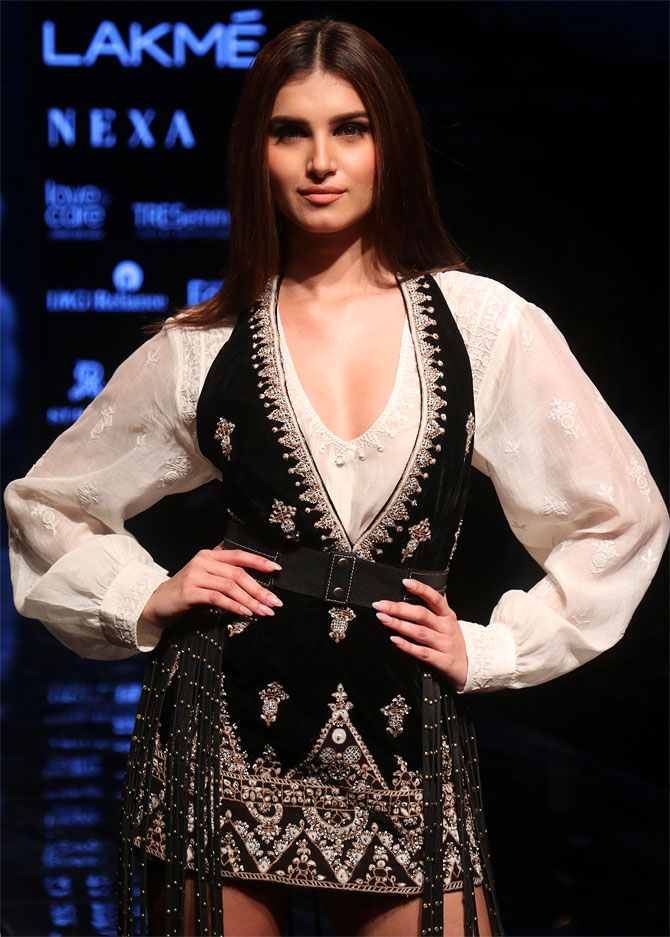