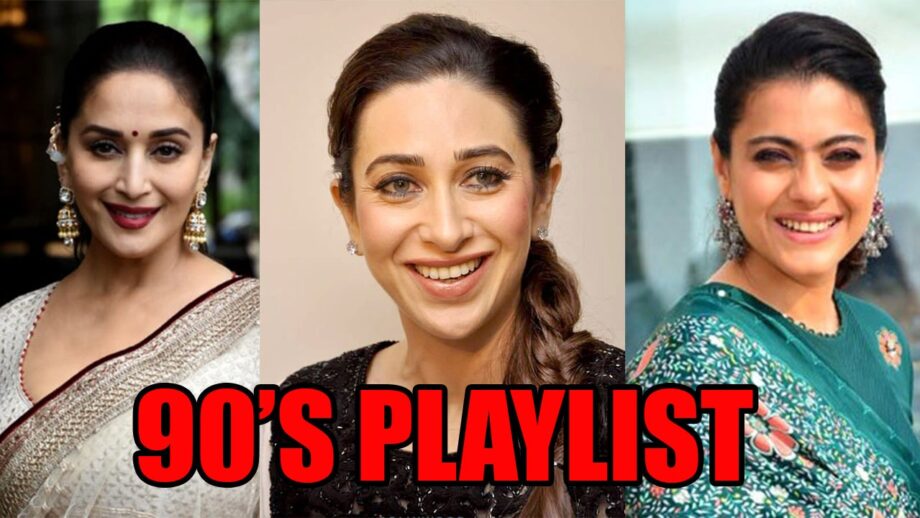 90s songs have our hearts as they are just amazing and fabulous. Millions of people still prefer to hear 90s song as they are awesome, and the craze in listening to them is different. 90s heroines Madhuri Dixit, Karisma Kapoor, and Kajol have stunned us with their amazing performances at these songs.

Madhuri Dixit is the dance icon and has given several hit songs and looks fabulous. Whenever we listen to 90s songs, we just get involved in it and the feeling is just amazing. Hearing 90s songs brings back memories, and fans love to listen to it more often. The hit playlist of the 90s actresses Madhuri Dixit, Karisma Kapoor, and Kajol are Oops: Kajol Has A Slip-On The Sets Of Dilwale: Have A Look Alaya F Or Anaya Panday: Which Diva Has The Hottest Looks In Western Outfits? Samantha Ruth Prabhu, Diana Penty, and Malaika Arora: Have A Look At The Hottest Winter Collection Of B-Town Vidya Balan, Kajol and Rani Mukerji's MOST GLAMOUROUS designer saree looks that will make you fall in love