Prabhas is flying high on the success of his movie Saaho not only in the South but all over the world. As it turns out, even after a gap of five years since Baahubali, Prabhas shares a special bond with director S. S Rajamouli.

Prabhas has always done justice to the characters he played but unlike other actors, Prabhas hasn’t picked up traits from his characters but instead, he has picked them up from the people that he has closely worked with “like Rajamouli” he shared.

Prabhas is the one who still believes in learning. He has played all different characters and have learned a lot from characters but it’s unconsciously where he has learned so much from the people he has worked with.

Saaho was loved by the audience and the fans are waiting for his next. his pairing with Shraddha in Saaho was one of the best pairings of the year.

Recently, Prabhas, along with the team of Baahubali was in London for the premiere of Baahubali at the Royal Albert Hall, the movie even received a standing ovation at the end of it.

On the work front, Prabhas was last seen in the film Saaho and will be next seen under the direction of ‘Jil’ fame Radha Krishna Kumar. The working title of the movie is ‘Amour’ that stars Pooja Hegde opposite him. We can’t wait to see him in his next. 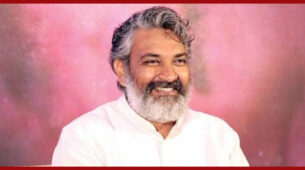