Sadak 2 got released on 28 August 2020 on Disney+ Hotstar. It is directed by Mahesh Bhatt and produced by Mukesh Bhatt. This film is a sequel to the 1991 film Sadak. The film stars Sanjay Dutt, Alia Bhatt, Aditya Roy Kapoor, and Pooja Bhatt. The film didn’t receive a lot of good responses from fans. Viewers have called it a terrible film and have given negative reviews about the film.

The trailer of the movie became the second most disliked video on YouTube as it received 5.3 million dislikes. The film was delayed for release due to the COVID-19 pandemic. Later, they streamed it on Disney+ Hotstar. The principal photography began on 18 May 2019. Due to the death of Sushant Singh Rajput, his fans have blamed Alia Bhatt for passing comments on him and have given negative reviews about this film. The impact of Sushant’s death has been the worst for the movie. Viewers have also called it one of the 2020s worst films. 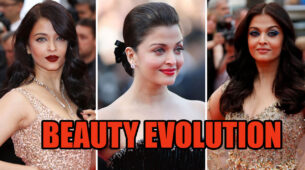