Nithya Menon who is all set for her Bollywood debut makes a shocking revelation about her parents. Nithya Menon is currently going to have the quintessential debut possible in Bollywood. Although a very established name in the South film industry, Nithya is currently on the verge of making her name and presence felt in Bollywood as well.

Currently, she is gearing up for the promotions of her upcoming movie, ‘Mission Mangal’, alongside Akshay Kumar, Vidya Balan, Taapsee Pannu, Sonakshi Sinha, Sharman Joshi and Kirti Kulhari. However, during the promotions, she made a very interesting revelation. When asked about how her parents feel about her success in the South film industry, she was quoted as saying –

“I will tell you something real shocking. My parents started watching my movies only recently. Iske pehele they used to not watch. In South India, there’s something which doesn’t bring too much respect to creative people. Slowly, things are changing but traditionally, it wasn’t the case. Only now they have started.”

Well, all said and done, here’s hoping your friends and close ones take more recognition of you and feel prouder about you and your achievements. Need Diet Tips: What About Getting Some From Taapsee Pannu? 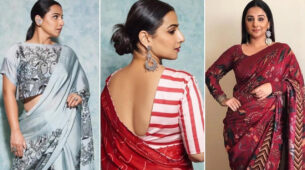