OOPS! This Is What Anushka Sharma Eats On Her 'Cheat Day' | IWMBuzz
Subscribe Now
Movies | Snippets

Know what Anushka Sharma eats on her cheat days. Anushka Sharma is a prominent actress who works in Bollywood. She is a fantastic actress, and she looks damn hot and sexy. The actress has maintained herself in a well-toned figure. She follows her diet plan regularly and also does workout sessions. The actress loves to eat her favorite food items, and she eats this on Sunday and calls it a cheat day. She believes that eating favorite food on one day is okay, and therefore she follows her diet plan regularly and also cheats it on Sunday. The actress also shared a photo of her eating Vada Pav in the rainy season, and her love for vada pav was just mesmerizing. She was enjoying the snack with the rain and was having a great time.

For more such updates, stay tuned to IWMbuzz.com. 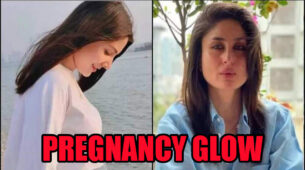