Prabhas VS Vijay: Whose Net Worth Is More? | IWMBuzz
Subscribe Now
Movies | Snippets

Whose net worth is more: Prabhas Or Vijay? Prabhas and Vijay are the most popular actors in the South film industry. Both are successful in their career and have a huge net worth and fan following. Prabhas has become the most leading actor in the south film industry, and he is just slaying the industry with his amazing acting skills and has stunned everyone, and his fans go crazy over him. Prabhas has appeared in several films and has become famous all over the world. He is just a fantastic actor who is achieving a great height of success in his career. The actor has become the superstar of Tollywood and the highest-grossing actor.

Vijay is also a famous actor who is very talented. He is a dancer and a playback singer. He is called Thalapathy by his fans. He has become the highest-paid actor in Tamil cinema. He has appeared in several films. He is a well-known actor who has stunned us with his acting skills. The net worth of Prabhas is Rs 128 crores, and of Vijay is estimated to around Rs 355 crores, according to the media reports. The actors’ income comes from films, brand endorsements, etc.

Must read: Is Bahubali Superstar Prabhas A Vegetarian? REVEALED

According to you, whose net worth is more: Prabhas Or Vijay? Let us know in the comment section and stay tuned to IWMBuzz.com. What is 'special' about Radhe Shyam starring superstar Prabhas? 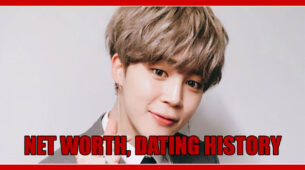 Vijay Deverakonda Vs Prabhas Vs Allu Arjun: Who's The Highest Paid Tollywood Actor?