Who has the biggest die-hard fans -Rajinikanth vs Ajith ? 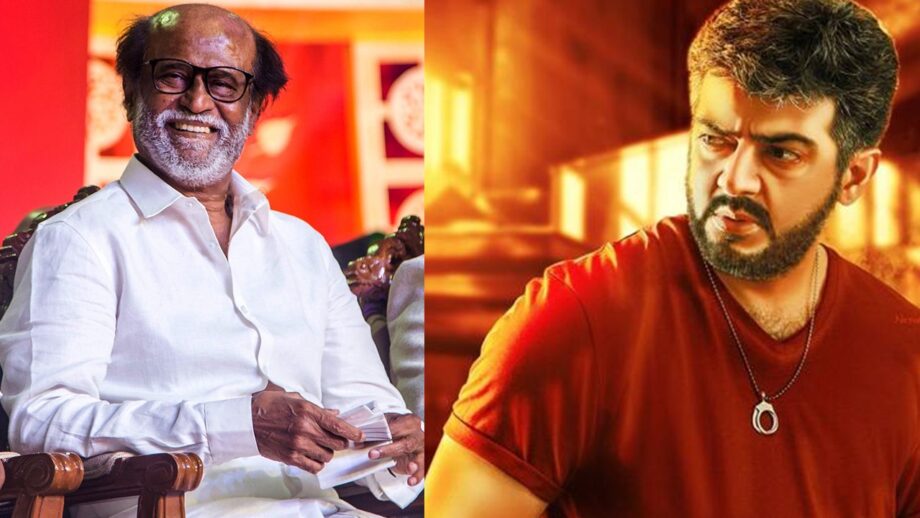 Rajinikanth is the most popular actor in the south film industry. He works in Tamil cinema and he is a producer and a screenwriter too. He made his debut with Tamil drama film Apoorva Raagangal in 1975. He was honored with Padma Bhushan in 2000 and Padma Vibhushan in 2016 by the Government of India. He is the king of Tollywood and famous for his acting style. The actor has done many hit films and has won accolades for his acting. When we talk about the south film industry then the only name which pop-ups in our mind is Rajinikanth.

Ajith is the Superstar of Tollywood. He works in Tamil films. He is an amazing actor. He amazes us with his dashing personality. He has starred in over 50 films. He started his acting career by acting in a Tamil film En Veedu En Kanavar. He is a motor car racer too. He has a huge fan following and people love his acting skills.

Who has the biggest die-hard fans – Rajinikanth vs Ajith ? Do let us know and stay tuned to IWMbuzz.com

Superstar Rajinikanth's net worth will leave you SHOCKED FOREVER

Best times when Allu Arjun lit up the red carpet