Karan Johar is that one man in the film industry who’s got the power to bring the entire fraternity together in a project. He has done it time and again with the biggest examples being Kabhi Khushi Kabhie Gham & Kalank. And now, we are gearing up for his next Takht which again boasts of a fantastic ensemble cast of Ranveer Singh, Kareena Kapoor Khan, Vicky Kaushal, Janhvi Kapoor, Alia Bhatt & Bhumi Pednekar.
Although the star cast might be really exciting, there’s something that has got the fans annoyed and them wanting to boycott Takht. The reason for this sudden change of mind is the writer Hussain Haidry and his views of Hinduism as a religion.

While making a mockery of Hindus and branding them as terrorists, this is what Hussain wrote. 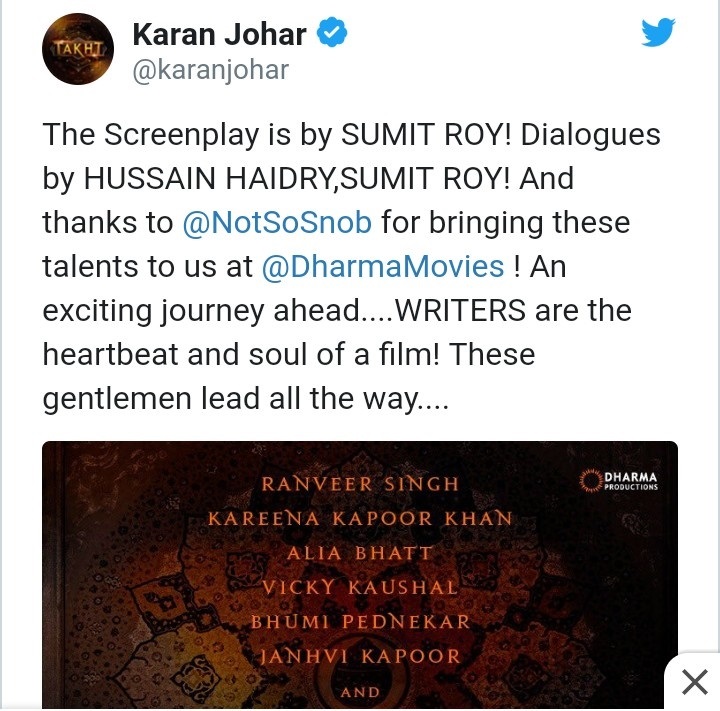 Well, Karan Johar is yet to make an official statement on this controversy. We await clarification from Karan’s end. For more updates, stay tuned to IWMBuzz.com.