What do you think: who is richer in Bollywood, Ranbir Kapoor or Ranveer Singh? Ranbir Kapoor is a popular actor in Bollywood. He has established himself as one of the most leading actors in Bollywood. He made his acting debut with the romantic film Saawariya in 2007. He has won several awards for his work. He loves to play football, and he is also a co-owner of the Indian Super League football team Mumbai City FC. He is one of the highest-paid actors in Bollywood. He is an actor-producer of the Hindi cinema. He has a huge fan following who shower their love on him. His net worth is estimated to be around Rs 322 Crore.

Ranveer Singh is an eminent actor in Bollywood. He is a fun-loving actor and always makes his fans happy. He is also famous for his fashion styles. He keeps on trying different and uniquely designed outfits and looks fantastic. Millions of people follow him for his fashion styles. He never fails to entertain his fans. He is the true fashionista in Bollywood and slays every outfit with his killer looks. He never disappoints his fans with his amazing and lovely fashion styles. The net worth of the actor is around $30 million.

So, what do you think, who is richer in Bollywood: Ranbir Kapoor Or Ranveer Singh? Do let us know and stay tuned to IWMbuzz.com. 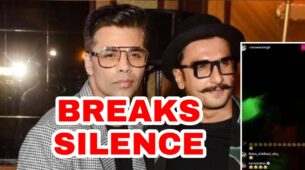