The Superstar of Bollywood, Salman Khan is drooling in the industry for a very long time. He is the hero of the industry and has a crazy fan following. He is the highest-grossing actor and a top-paid celebrity. He made his debut in the movie Biwi Ho To Aisi in 1988. Let’s take a look at the education details of Salman Khan.

Salman Khan did his schooling from St. Stanislaus High School Bandra. His brothers Arbaaz Khan and Sohail Khan also did their schooling in the same school. After completing 12th grade from St. Stanislaus, he went to study in St. Xavier’s College, Mumbai and later on he dropped out and worked as an assistant director. He is known as the Bhai of Bollywood and has a huge number of fans who go crazy over him. 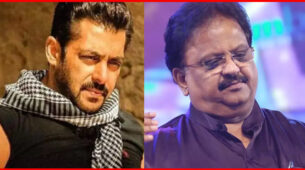