Know the Secrets of Nayanthara. Nayanthara is a prominent actress who is very much known for her talent and fabulous acting. She is also acknowledged as Lady Superstar of the South. The actress is successful in impressing millions of people for her superb acting and beautiful looks. She has become the top most popular and famous actress and has achieved a lot in her career. The actress is just mindblowing, and her fans just go gaga over her. She is famous all over the world. She is slaying the industry and is successful in her life.

Nayanthara has revealed some secrets on media that she has also faced some ups and downs in her life. The actress has overcome her issues bravely. She is an actress with beauty and brains and has inspired millions of people to work hard and succeed. She is just perfect in her work. Nayanthara has come a long way in her career, and there’s no looking back for her as she is just fascinating her fans with her talent. The actress has also revealed her relationship with director Vignesh Shivan. They both look cute together and have a huge fan following. They are dating for a long time and look perfect.

Must read: Nayanthara: Her Most Fashionable Looks From This Year 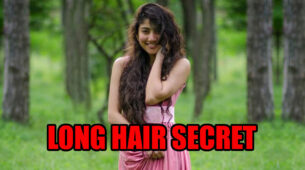