Who is more talented - Sonakshi Sinha Or Alia Bhatt? 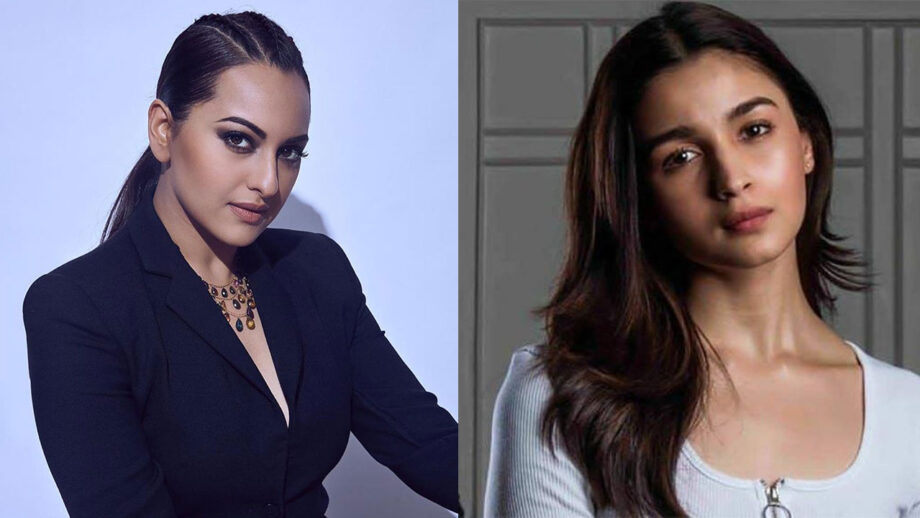 Sonakshi Sinha is a fantastic actress in Bollywood. She has mesmerized us with her amazing acting and melodious voice. The actress used to work as a costume designer in her early career. She made her acting debut with action-drama film Dabangg in 2010 and won a Filmfare Award for Best Female Debut. She has also sung songs in movies. Till now, the actress has sung four songs in her films. She also designed costumes for film Mera Dil Leke Dekho in 2005. She has also judged many television reality shows.

Alia Bhatt is also a popular actress in Bollywood. She is also a singer and has a cute sweet voice. She has sung six of her film songs including her single “Samjhawan Unplugged” in 2014. She is a great dancer too and has learned dancing at her school days. She has launched her own line of clothing and handbags, and she is the founder of ecological initiative CoExist.

Must read: Times When Alia Bhatt Slayed The Fashion Ramp!

Who is more talented – Sonakshi Sinha Or Alia Bhatt? Do let us know and stay tuned to IWMbuzz.com.