Which is the most-awaited movie: Sooryavanshi Or K.G.F. 2? The most-awaited and upcoming films in Indian cinema are Sooryavanshi and K.G.F. 2. Fans are really looking forward to watching these films. Sooryavanshi was scheduled to be released on 24th March 2020, but the film was postponed due to the Coronavirus. After seeing the trailer, fans were excited to watch this film, and still, fans are waiting for this movie. Rohit Shetty directed this movie, and it stars Akshay Kumar, Katrina Kaif in the lead roles. It is the franchise of Singham and Simmba. According to the media reports, the film is rescheduled and to be released in Diwali 2020. Fans are eagerly waiting to watch this film.

K.G.F. Chapter 2 is a Kannada film. This film is directed by Prashanth Neel. It is a sequel film to K.G.F. chapter 1 in 2018. It features the superstar of the Kannada film industry, Yash. The film is scheduled to be released on 23rd October 2020. As K.G.F. chapter 1 has won several fans’ hearts, they are expecting a lot more from this second part. And this movie seems to be exciting from its trailer. Fans loved the acting of Yash in chapter 1 and are eagerly waiting to watch this movie. The trailer is loved by south Indian fans, and Bollywood fans as the film also features Sanjay Dutt, Raveena Tandon, and Kannada film actress Srinidhi Shetty.

Must read: From Radhe to Sooryavanshi: All Movies That Changed The Release Dates Due To Lockdown

Which is the most awaited movie: Sooryavanshi Or K.G.F. 2? Do let us know and stay tuned to IWMbuzz.com. 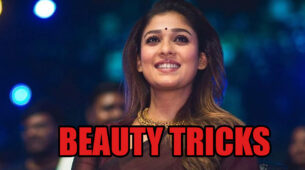 5 Nayanthara's Beauty Tricks to Get Your Crush's Attention