Which is the most famous star kid on social media: Suhana Khan, Ananya Panday, Or Alaya F? Suhana Khan is the most popular star kid in Bollywood. She is the daughter of the King of Bollywood Shah Rukh Khan and Gauri Khan. Since her childhood, she is in the limelight as she is a popular star kid. She is very good at sports and loves to play football. The actress has several fan pages on Instagram, and her Instagram followers are 915k. She is admired for her beautiful and stylish looks.

Ananya Panday got fame through her debut film Student Of The Year 2. She is the daughter of actor Chunky Panday. The actress looks stunning and is successful in winning the hearts of millions of people. She is the cutest actress, and she is working hard to become successful and give hit films in Bollywood. Ananya has many followers on Instagram. Several fans follow her as she keeps updating about her on her Instagram feed and makes her fans happy. Her Instagram following is 12.8 million.

Alaya Furniturewala is mostly known as Alaya F. She is an actress and a model too. She is the daughter of popular actress Pooja Bedi and Farhan Ebrahim Furniturewala. She made her debut film by playing a lead role in the comedy film Jaawani Jaaneman. She is trained in a Contemporary and Kathak dance form. She is an eminent star kid who has a huge fan following. Her Instagram followers are 825k. She looks superb and mindblowing.

Must read: REVEALED: Sara Ali Khan VS Suhana Khan, Who Is More Richer?

Which is the most famous star kid on social media: Suhana Khan, Ananya Panday Or Alaya F? Do let us know and stay tuned to IWMbuzz.com. 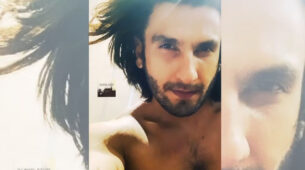