Sushant Singh Rajput and the way he aced the role of MS Dhoni onscreen. 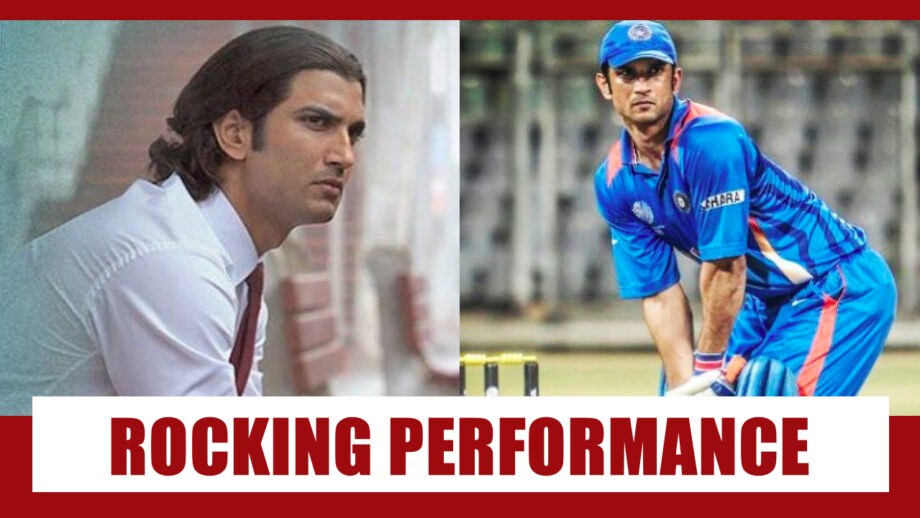 MS Dhoni: The Untold Story the biopic film on the Indian cricketer Mahendra Singh Dhoni was directed by Neeraj Pandey. And the actor to ace it up in the titular role of the great cricketer was Sushant Singh Rajput. It is unfortunate that we do not have SSR amidst us today.

As a tribute to him and his great acting acumen, we talk of how splendidly Sushant Singh Rajput played the role of MS Dhoni onscreen.

The film starts from the year 1981 when Dhoni was a young boy. And the film ends with the biggest triumph of Team India in the 2011 World Cup followed by Dhoni’s marriage.

Sushant Sinh Rajput aced the role very well and earned a lot of praise for his portrayal. He had to work a lot on getting the nuances right of the character. And Sushant we hear, put in lot of efforts into the role. When the film released, Sushant got praised by the man Dhoni himself, and this was a huge achievement for the actor.

We truly believe that nobody could have played this role as well as SSR did!!