Trisha Krishnan is an actress who works in Tamil and Telugu films. She made her debut in the 1999 Tamil film Jodi. She has won several beauty pageants which marked her entry into filmdom. The actress looks gorgeous and slays in Tollywood. She has given many hit films and has won awards for her work. She wore a pink designer lehenga and was looking stunning in it. She kept her hair open and her lehenga was heavy but gave her a gorgeous look.

Asin Thottumkal is also a Tollywood and Bollywood actress. She works in Tamil films. She has appeared in Hindi, Telugu and Malayalam films. She is a fabulous actress and dancer too. Asin was seen wearing Sabyasachi designed lehenga. She was looking gorgeous in that bridal lehenga.

Kajal Aggarwal is an actress and model who works in Tamil, Telugu and Hindi films. She has done several movies and is famous for her role in her movies. She has a wax figure at Madame Tussaud’s wax museum in Singapore. We have seen her wearing lehenga most of the time and she looks beautiful in lehenga. She was seen wearing a yellow lehenga with heavy jewellery on it and she was looking fabulous in that yellow Georgette designer lehenga.

Who looks beautiful in designer Lehenga – Trisha Krishnan Or Asin Thottumkal Or Kajal Aggarwal? Do let us know and stay tuned to IWMbuzz.com All You Need To Know About Kajal Aggarwal's Fiancée Gautam Kitchlu 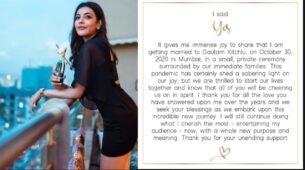 Kajal Aggarwal all set to tie the knot on October 30th, find out who is her groom 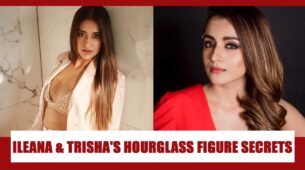