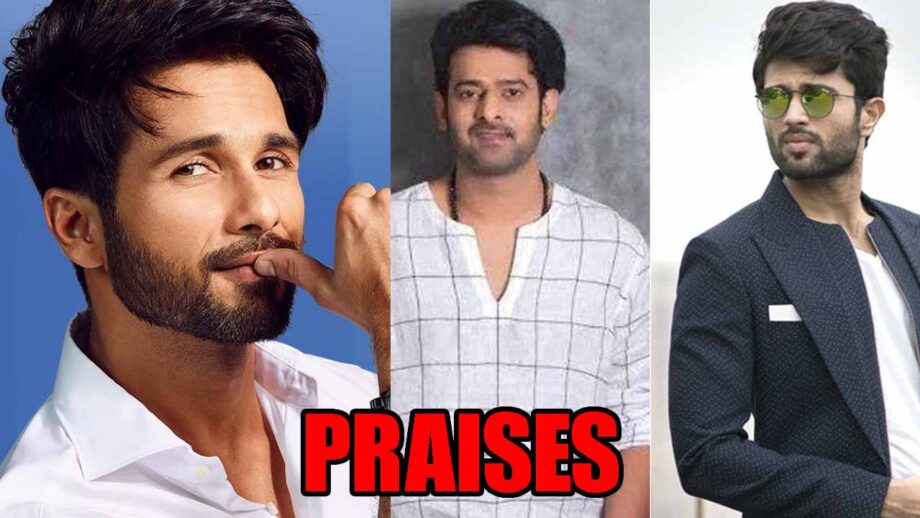 Shahid Kapoor is one of the hottest Bollywood actors. He has transformed from his first movie Ishq Vishk to the present time. This has been a massive transformation in his style. He entered the industry as a cute lanky boy with goofy hair but now he has a super-hot body which girls drool over.

During a press interview for his film Kabir Singh, Shahid praised south superstars Prabhas and Vijay Deverakonda and their movies.

Also Read: OMG! Meera Rajput is fed up with Shahid Kapoor, find out why

Shahid said that his hairstylist and Prashas’ hairstylist are the same. He said that Prabhas is a kind human being and he was overwhelmed to meet him.

On the other hand, he said Arjun Reddy was an iconic movie and it has garnered a lot of appreciation and love from audiences. He mentioned that Vijay Deverakonda’s Arjun will always be original. He said that Vijay was spectacular in the film.