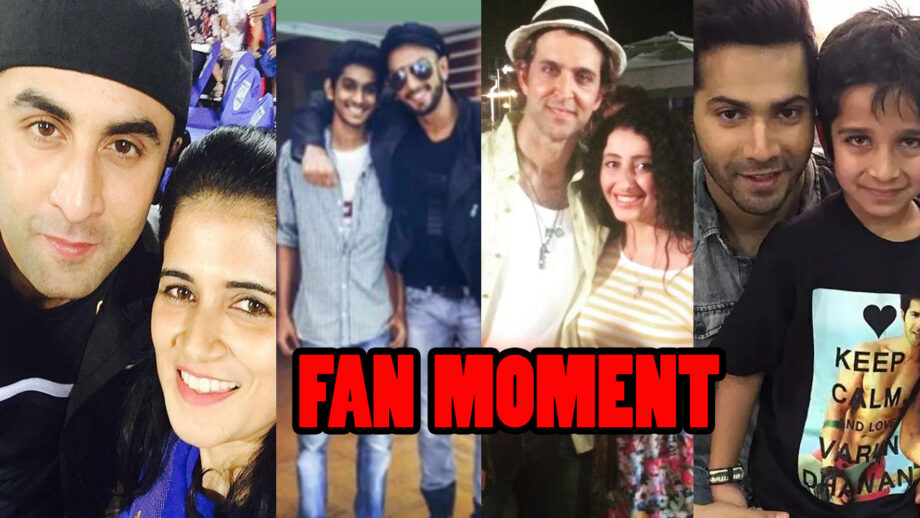 In India, no matter what goes away from demand, two things will never die. One is cricket and the second is Bollywood. Bollywood is no less than a religion in our country and there are people who literally breathe Bollywood. The point about it being a religion is evident when we see certain fans even going to the extent of worshipping photos of their favourite superstars. We have seen it all. Our stars too know how to reciprocate the love they get from the audience which is why they are mostly seen in their humble best avatar when interacting with the fans.

But some encounters from fans who are at times obsessed with their favourite celebrities remain etched in one’s mind for a long time. Some of our Tinsel town hotties who have received the same kind of treatment are Ranbir Kapoor, Ranveer Singh, Hrithik Roshan, and Varun Dhawan. These fan encounters have been such that they will be eternally memorable for not just the stars but also their other fans.

Check out some of the visuals of these fan interactions below –