The entertainment industry has always been fickle. There is always something distinct on the horizon. New movies, new actors, new hit songs, and new singers. Bollywood’s best music composing duo who are known to make amazing hits one after another is none other than Vishal-Shekhar. The most important reason for their continued progress is probably because both Vishal Dadlani and Shekhar Rajwani come from two very different music styles.

Vishal Dadlani is very familiar with western music and was a part of a rock band, Pentagram. On the other hand, Shekhar Rajwani’s strong suit is classical music. Shekhar has years of training in classical music. Together they have worked on some really big movies. And they’ve made some really soothing as well as groovy hits!

Here are 5 hit songs of all times composed by the duo that you will never get tired of!

Tu Aashiqui Hai – This song is quite close to the duo! It’s the love song from Jhankar Beats! They took 4 years to compose the song and it was a tribute to RD Burman.

Allah Ke Bande – This song of theirs has found global appreciation for it. This song will never get old!

Ajab si – This soft song from Om Shanti Om immediately struck Farah Khan when she heard it. It was perfect for the moment Om met Shanti for the first time. It’s meant to be a tribute to Pancham Da.

Ghungroo – This groovy song is much more recent than the rest on this list. It’s from the movie War and has been played at way too many parties and was an instant hit when it came out.

Ishq Walla love – No one can forget the sweet, soft and innocent song from the first Student of the Year movie.

There are so many amazing songs that they’ve composed over the years! While their soft meaningful songs are like food to the starving, their party tracks are just as good! What is your favorite Vishal-Shekhar song? 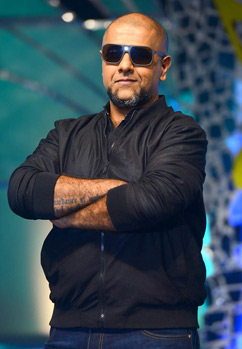 Vishal Dadlani Vs Sukhwinder Singh: Who Can Sing Easily In High-Pitch?

This song in Bole Chudiya has made me confident about singing: Nawazud...

Udit Narayan To Arijit Singh: Bollywood Singers With Most Heart-Touchi...

Dhvani Bhanushali's 3 Tracks That Are Most Liked By Her Fans

Oh So Hot: Times When Kanika Kapoor Flaunted Her Hotness, Pictures Her...

Sapna Choudhary And Her Desi Avatars