Ariana Grande is an American singer, songwriter and actress. She is one of the highest-paid and most-popular celebrities on the planet at the moment. Well, with that territory comes a very public knowledge of who she is dating and has dated in the past. Her relationship history features some pretty famous faces, some of whom she’s collaborated with, and some whirlwind romances.

Graham Phillips: Ariana Grande dated the Riverdale actor for almost three years after meeting on the set of their 2008 Broadway musical 13. They were spotted getting dinner at Manhattan celebrity hot spot Carbone. Jai Brooks: The singer then attempted a long-distance relationship with an Aussie YouTube star from 2012 to 2014. Following their breakup, Jai took to Twitter to blast Ariana in a lengthy message and even accused her of cheating on him with Nathan Sykes. Nathan Sykes: Ariana Grande dated Nathan Sykes for four months in 2013. The couple even collaborated on Ariana’s song “Almost Is Never Enough.” It’s unclear what went wrong, but in February 2014, Ariana confirmed in an interview that they had split. 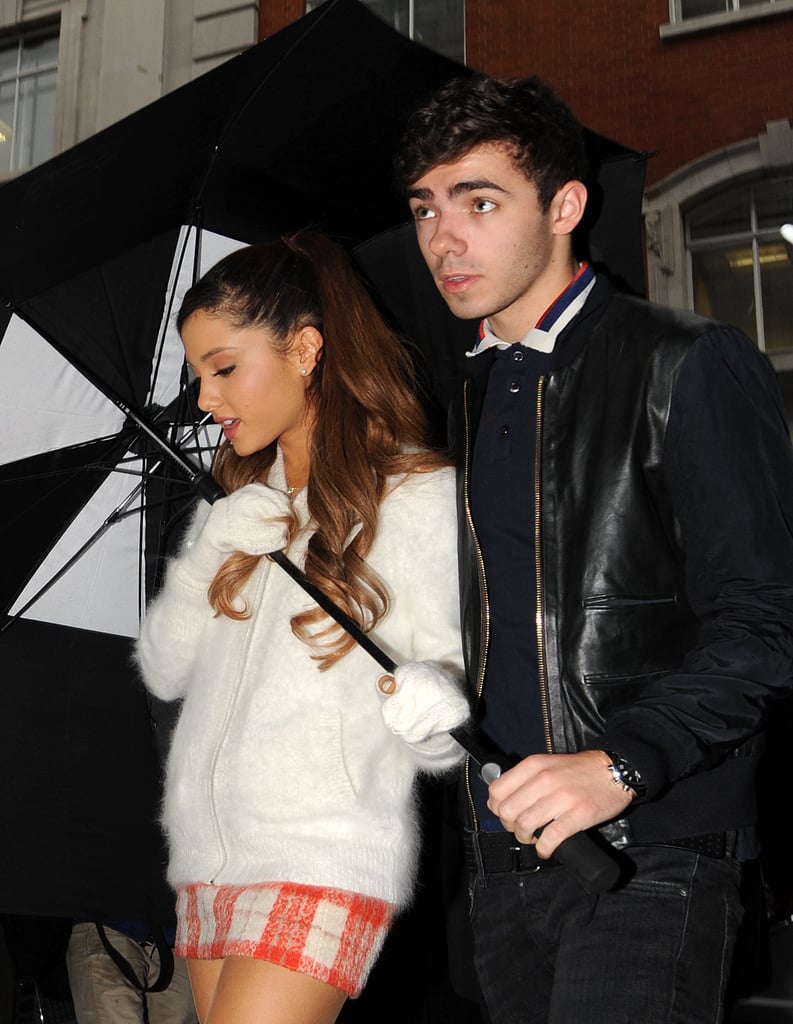 Big Sean: Ariana started dating Big Sean in 2014 and they made their public debut at the 2015 Grammy’s. Their relationship lasted for about 8 months, and they were actually super cute together. The pair supposedly ended because of their busy schedules and neither were upset because ‘they remain such good friends’. Mac Miller:  The pair initially started off as friends and collaborated on music together, but in August 2016, the duo were spotted kissing during a romantic sushi date in Encino, CA.  They split in 2018 after dating for 2 years. Miller’s death in September 2018 understandably took a toll on Grande.