Check out the beauty routine of Bae Suzy to get flawless skin! Bae Su-ji, who is also known by the name Suzy, is a talented South Korean actress and singer. She is a former member of the popular K-pop girl squad, Miss A, under JYP Entertainment. Later in the year in 2017, she made her solo debut in the K-pop music industry as a singer. Suzy has also acted in a number of movies and television series like Dream High (2011). Other than that, she also appeared in other series like Gu Family Book (2013), While You Were Sleeping (2017), Vagabond (2019) Uncontrollably Fond (2016), and “Start-Up” (2020). It was in the year 2012, that Suzy made her film debut in the movie, ‘Architecture 101’.

Bae Suzy has gained a lot of fame and popularity for both her voice and acting skills. But, apart from that, she has also received a lot of love for her outrageous beauty and style. She has maintained herself well. Everyone is wondering about her beauty secrets and routine. Thus, here we have got the beauty routine for Bae Suzy’s flawless skin in three simple steps, as per the Preview reports. Have a look at them!

She prefers the 4-2-4 facial cleansing method and a total of 10-minute beauty routine. You can examine it out for yourself too for getting flawless skin like her. 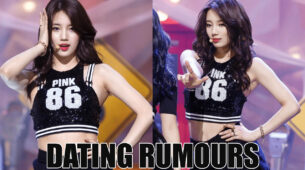