Check out who are the Blackpink girls dating! The renowned South Korean girl gang, Blackpink has been doing wonders with their melody. They have made their place in the global music market with their brilliant talent. It was in the year 2016 when Blackpink was formed by the South Korean entertainment company, YG Entertainment. The incredible group includes some amazing members, like Jisoo, Jennie, Rosé, and Lisa. Their songs have a huge versatility in their songs, from high-pitch singing to cool rap parts.

The Blackpink squad has got a great collection of K-pop songs. Recently, they dropped their collaboration with the American Hollywood singer, Selena Gomez for the brand-new single, ‘Ice cream’ (2020). Their song ‘Lovesick girl’ (2020) also was a huge success. The girls have always nailed it with their brilliant performances.

Talking about their dating life, Blackpink girls – Jisoo, Jennie, Rosé, and Lisa are currently single, as per the Stylecaster.com. From the gang, Jennie was the only one to confirm her relationship with EXO’s Kai. But later in 2019, she also announced her breakup. Rose has an interest in boys, especially those who play guitar but never dated one. Lisa, who is always connected with BTS’s Jungkook by the fans, is single as well. And last but not least, Jisoo has never been into any relationship and also talked about how YG Entertainment is strict about it. Hence, the Blackpink girls are single as of now! 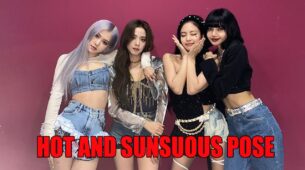