Here are a few behind the scene moments from the new music video of Selena Gomez’s Boyfriend song... Selena Gomez is the singing sensation who has millions of followers. The singer has given some major hit songs and fans can’t stop listening to them. She has proved herself to be a major player in pop music. Selena Gomez released three new songs ‘She’, ‘Souvenir’ and ‘Boyfriend’ in April and Boyfriend has been the clear star since Selena Gomez admitted it was one of her favourite unreleased tracks. Well, the music video lives up to the old adage that you have to kiss a few frogs before finding your prince.

The newly released song has gained millions of views and is a catchy one. The lyrics, music and the video will get anybody hooked. Well, in the video, Selena Gomez is seen looking for a boyfriend and hence meeting different men for the same. The video also has real toads to make it even more interesting. Selena Gomez looks flawless in all the outfits she has worn in the music video and the dark music video with a frog-filled parody of The Bachelor is a treat in and of itself. The behind the scenes moments from the music video are fun to watch and Selena Gomez had shared a few of those on her Instagram handle.

Here are a few pictures from the BTS moments of the music video, take a look.

Selena Gomez behind the scenes on her #Boyfriend music video. 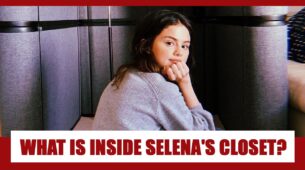