Here is a video of Justin Bieber’s vine Hey Bob... 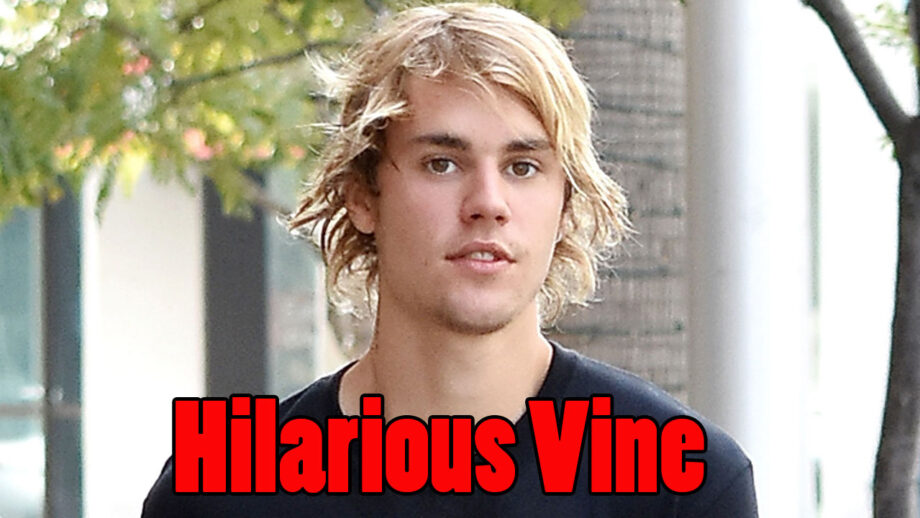 Justin Bieber is ruling the hearts of his fans with his sensational music for a long time. He is a talented singer, songwriter, musician, and dancer. He is a total package, and his choice in collaborations is more than impressive. He has been one of the top-selling artists since he emerged on the scene and has amassed a legion of loyal fans. When it comes to pop reinvention, Justin Bieber is an undeniable king. His music is religiously followed by teenagers and youngsters all around the world. Be it a slow one, soothing one or a groovy number, it is always an instant for the striking music and lyrics.

Well back in 2015, Justin Bieber was seen parodying his father Jeremy Bieber in a vine ‘Hey Bob.’ The talented singer was in his fun element and the way he went on non-stop for 6 to 7 seconds, it was hilarious. His expressions are really funny and it is pretty evident that he has a funny bone. We wonder if there is anything that this singer can’t do. Dressed in a black t-shirt with chains around the neck and blonde hair, Justin Bieber looks uber cool. Throwback videos like these make us laugh even now and makes the lockdown a little bearable for sure.

Take a look at the video and for more such updates, stay tuned to IWMBuzz.