Details on EXO member Kai and his net worth revealed

Kim Jonh-in, professionally and popularly known as Kai, is a singer, model, actor, and dancer. He was chosen in SM Entertainment after winning the Youth Best Contest in 2007. He is one of the most celebrated singers from band EXO and the first to be introduced and has been on numerous television shows like Choco Bank, Andante, and Spring Has Come.

Kai is known as the dancing machine of EXO. Besides being a singer and actor, he has been a part of numerous covers of magazines. Though many have claimed him to be very rude and heartless to fans, it is not valid. He was in a relationship with f(x) band member Krystal but later, it was announced by SM Entertainment in 2017 they had officially broken up. A few months before, he was rumored to be dating Blackpink member Jennie. But both as well as their entertainment companies denied the claim.

Kai is very popular amongst the masses. It is his charms and good looks that prove to be a babe-magnet. His popularity and unique singing skill has helped him make a total net worth of $7 million as per source from channel-korea.com 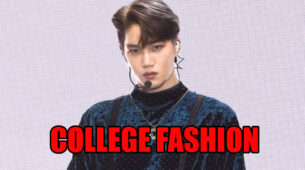