Do you want to be called the ultimate fan of G-Dragon? Take this quiz. Kwon Ji-yong who is known on stage as G-Dragon is the much-acclaimed South Korean rapper, singer, songwriter, producer who is known as the King of Pop. He has been into music and has been reaping rewards for his hard work in the musical arena from the age of six.

The handsome singer has a great fan following and is known for his singing prowess.

Today, we put to test the huge fan following of G-Dragon and ask them to go through this quiz to know how much they know of their favourite singer.

Are you all ready?

What was the year when G-Dragon debuted as the leader of the boy band Bigbang?

Which was his first solo album?

In which year was G-Dragon named by Forbes for his fashion trends and influence of music culture?

When was G-Dragon born?

What are his favourite colours? Name two.

Which was GD’s first appearance in a kids TV program?

How many tattoos does GD carry on his body?

What is the tattoo present on his right arm?

Are you able to answer these facts from the life of GD? Why Is BIGBANG Band So Popular? 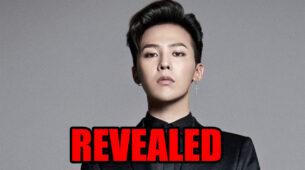