Hollywood has produced some really super-talented musicians and singers. Lady Gaga, Beyoncé, and Rihanna are equally amazing. Tell us whose song will make you dance. Lady Gaga is undoubtedly one of the best music artists in Hollywood. She is the real melody queen, who will remain in our hearts forever. From her album The Fame (2008) to Joanne (2016), she has slain with her voice and performance. From the release of Just Dance (2008) to voice and ballad featured on the soundtracks for the movie A Star is Born (2018), Lady Gaga has amazingly taken the music world by storm. When Just Dance (2008) dropped in the market, everyone went wild with her voice. Her music can make anyone groove along with the beats.

On the other hand, Beyoncé has ruled the music industry along with Gaga. She has sold over 118 Million albums all over the world and is regarded as one of the best music selling artists worldwide. She started emerging in the industry in 2003 and slew in both her on-stage and off-stage performances. She has been seen dancing with her tracks but has also made her fans move with her.

Whereas one can never fail to groove, and most importantly twerk on Rihanna’s songs. Her voice has touched the hearts of many. From her album, Music Of The Sun (2005) to Talk That Talk (2011), she has slain every time. No one can forget her biggest hit single, Work from the album Anti (2016), which has been the biggest hit of that year. She has made her fans go crazy with her songs.

Who do you think among them can make you dance with their songs?

Also read: Miley Cyrus, Selena Gomez, and Lady Gaga: Who Is The Most Loved Singer On YouTube? 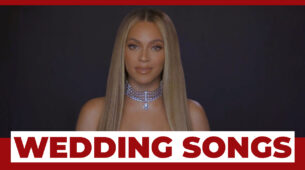