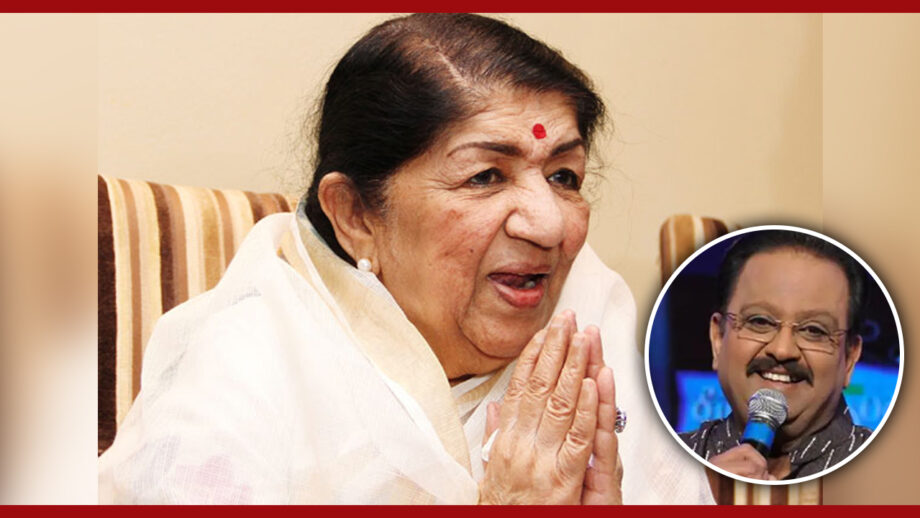 1. Tere mere beech main kais hai yeh bandhan anjaana(Ek Duuje Ke Liye): This film had some really hummable songs composed by Laxmikant-Pyarelal. This one is my favourite. Balaji had only a few lines where he said things in Tamil , and I had to react to them. But he was there for the entire recording, listening as I sang and making those interjections sound so special that it seemed the song wouldn’t have worked without them.Whether a whole song or just a few words Balaji was passionate about all his work.”

2. Aake teri bahon mein(Vansh): “Anand and Milind were the sons of one of my very favourite composers Chitragupta.I didn’t sing too many songs for them. But this duet was extraordinary in composition. Balaji could negotiate the highest notes of this high-pitched song effortlessly and he could make it look so simple!”

3. Main tum mein samaa jaaon(Raaste Pyar Ke): “Every time Balaji and I sang together the composer would make sure that the tune was a challenge. He wouldn’t say much. But he would look at every composition like a mountain that had to be scaled. This tune by Laxmikant-Pyarelal was tricky .It had a lot of steep dips and curves. It was always a pleasure to record a song with a co-singer who was not only skilled but also spontaneous.

4. Dil deewana bin sajna ke mane na(Main Pyar Kiya): “This was Salman Khan’s debut as leading man.And Balaji became Salman’s voice. All the tunes composed by Raam Laxman were big hits. But Dil deewana was the biggest of them all.If I remember correctly I had a solo version of the tune and then a duet with Baluji. I remember the director Sooraj Barjatyaji predicting this would be a chartbuster after the recording.No one knew it would become an anthem for young love.”

5. Didi tera devar deewana(Hum …Aapke Hain Koun): “The entire soundtrack was a smash hit.And if you ask me I’d say Balaji and I had a great time doing the entire album. However Didi tera devar was more special than the rest of the songs.Why? Because the junta thought so. Interestingly the lyrics were addressed to the heroine’s sister and the hero’s bhabhi as a love letter for the lead pair. I remember I had to record 4-5 songs of Hum…Aapke hain Koun per day as I had to leave the country for concert tour. Balaji was game.No singing challenge was to big for him.”

Also Read:Lata Mangeshkar songs to listen on her birthday