Amit Trivedi, dubbed as the next ‘Rahman’, has blessed music lovers with exceptional songs. When Anurag Kashyap’s Manmarziyaan co-starring Tapsee Pannu, Vicky Kaushal and Abhishek Bachchan released in 2018, it received mixed reviews from the critics and fans. One aspect of the movie that absolutely vowed the audiences was the soundtrack composed by Amit Trivedi, the 40 year old musician and film score composer who has been a part of the music industry since 2001 now.

Although the song ‘Daryaa’ from Manmarziyaan’s soundtrack was the one song that stole the show, the other songs successfully topped charts as well. Daryaa became an instant hit with the masses simply because it was unique and yet, resonated with the audience. And this is Amit Trivedi’s super power – delivering hits which are fresh and relatable at the same time.

In his 18 year long career, he has already been dubbed as the ‘next big thing’, ‘killer musician’ and some have even gone as far as to call him the next Rahman!

While the jury’s still out on Trivedi’s prowess as a singer, you will find critics in complete agreement when it comes to his music composing skills. Through the span of his Bollywood career, which started with the Raj Kumar Gupta’s 2008 movie Aamir, he has aimed to experiment and has delivered every single time. With the song Shaam from the 2010 movie Aisha (which he has sung) or the songs for hit Bollywood flicks like Udta Punjab, Dear Zindagi, Andhadhun, Kedarnath and Karan Johar’s 2020 release Takht.

The music composer draws inspiration not just from Indian folk instruments but also Western base of rock and electronica. With his experimentation, he has paved the path for upcoming singers and musicians who want to break away from the mold that the industry presents.

It’s his innate talent of grasping a scene’s mood and translating it into a melody while delivering something new every single time, which makes him one of the coveted music composer in the Indian film industry. 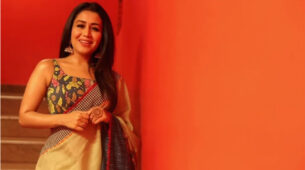