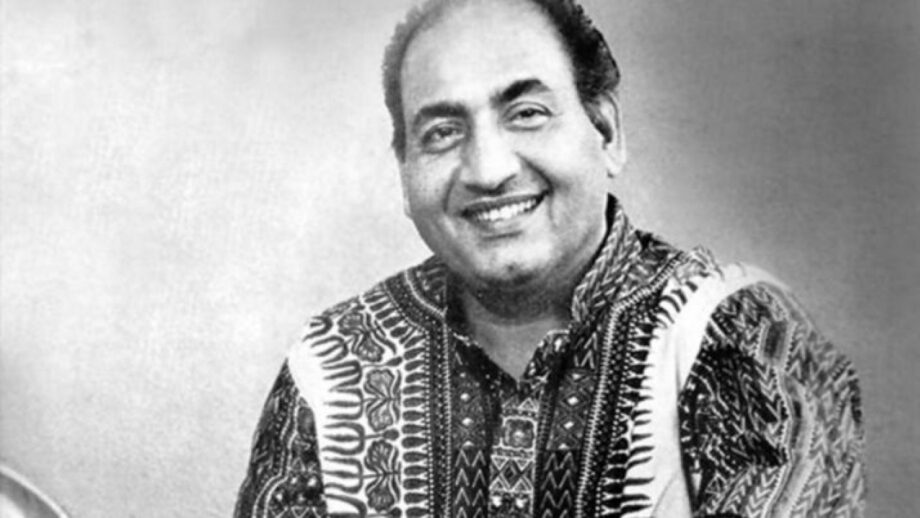 It was said Mohammed Rafi was gifted with voice by God himself. And indeed how true is that. Looking back at all he has contributed to the music industry, he was truly remarkable. Born on 24th December 1924 Rafi remains one of the greatest singers of Bollywood till date.

Mohammed Rafi had his voice lent to many Bollywood icons from Amitabh Bachchan to Dev Anand. He has also sung duets with megastar singers like Lata Mangeshkar and music directors like Laxmikant Pyarelal and RD Burman.

Some of his hits throughout his career have been Yeh Duniya Yeh Mehfil, Chura Liya Hai Tumne Jo Dil Ko, O Haseena, Aaj Mausam Bada Beimaan and many more. Over the career of three decades in music, he has sung genres from classical to patriotic to qawwali to ghazals and bhajans and party songs. He was a multilingual singer and could sing not just in Hindi but other different vernacular languages as well as foreign languages.

Mohammed Rafi has given the industry over seven thousand gold songs. At the time of his funeral, over 10,000 people had come. Also, the Government had declared two days of public mourning in his honour. He was a true Golden star of the era that Bollywood was blessed upon for its music industry. Don’t you feel the same?